All of a sudden he starts his chant , the clouds outside the temple grow very dark and lightning starts billowing across the sky , purple smoke fills the air , and then he finishes “Mumm-Ra the Ever Living” and lightning crashes down in front of him as his form changes. Should be interesting to see how this comes into play in future episodes. I can’t wait to see where this show is headed story-wise. It airs Saturday March 24th at 9: I thought this episode was awesome. Originally Posted by Steevy Maximus.

And now in season 2, the rest are like ‘lets surrender’. Though it was pure luck that Panthro showed up when he did. This episode was a bit of Indiana Jones for my taste. I really liked that Cheetara’s eyes glowed in response to the call! I loved Pantrho’s little remark about Grune. Maybe his thirst for power and technology almost led to the destruction of the Thundercats.

This episode sounds great. There is no way you go from flying machines to stone cutters and nobody knowing anything about tech in one generation I keep forgetting about that technology thing I’m glad that Lion-o put the blame for this mess on Cheetara and not Tygra.

Of course he did. This is just something I thought of as I lay in bed lol. Mumm-Ra spreads hsi wings and heads for the top of the tower.

We really get to see Lion-O begin to learn that he has to trust and believe in himself to use the powers at his disposal. That was the an amazingly action packed episode. Very surprised they kept it this good this long. They have already exceeded my expectations based on other modern cartoons. I know this is a kids ainmeflavor but anyone else felt a sexual innuendo when Lion-O said Cheetara was just trying to get his sword to work Looking forward to next week.

Corrupted ,Twisted and Contorted due to abuse of Technology? He then takes advantage of their naivety and uses them for his personal goals But one thing is really bothering me and maybe someone can shed some more light on this. Cheetara is tossed over the edge, and Lion-O rushes to help. 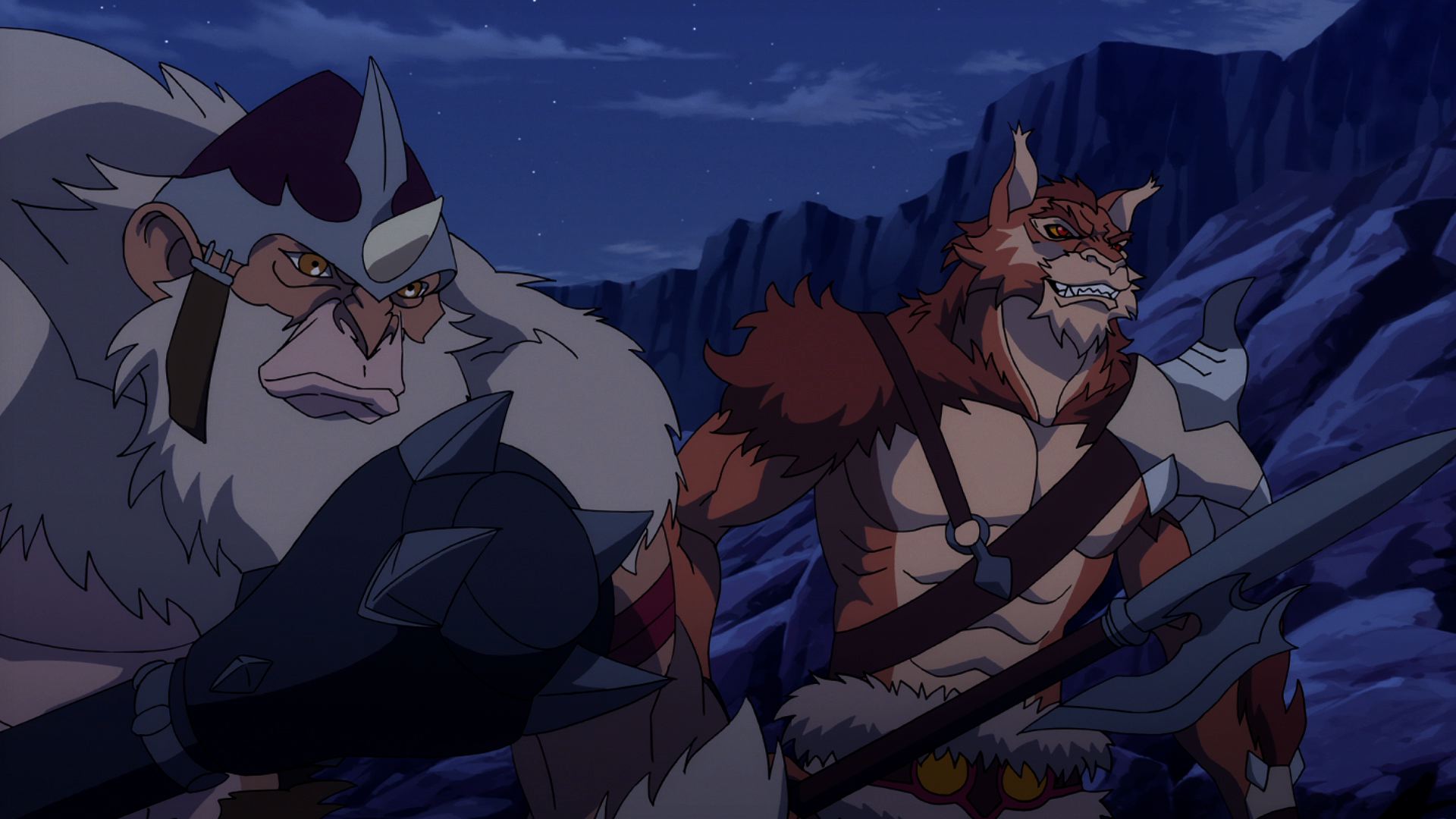 I loved Pantrho’s little remark about Grune. I think I creeped the Mrs. Another really good ep. Though it was pure luck that Panthro showed up when he did. I want to see what Mumm-ra is actually capable of!

They fled to Thundera after his betrayal and vowed to disown technology. It airs Saturday March 24th at 9: I thought this episode was awesome. He commands a fleet, has tech but uses magic as well? Lion-O is taking the first steps of his true goal of uniting the animals such as getting the lizards to abandon Mumm-Ra and having the Berbils build a new Thundertank.

I like what they are doing with Addicus and Kaynar, making them violent vicious and crazy. It just looks hideous. Couldn’t just Mummy Ra just flown all the way to the Tower of Omens?

It reminds me of the episode of family guy where they talk about “wrong sounding muppets”.

So it was at least years ago. The lizards attack as the cleric is defended by a clear descendant of Claudus. Jaga must have been senile, to trust her to protect Lion-o.

Thundercats Episode 6 – Journey To The Tower Of Omens Review

But with Tygra dead there would’ve been no one to occupy Kaynar and he woudl’ve been free to help Addicus and Slithe. I feel that Tygra and Cheetara’s relationship is getting in the way of Lion-O’s concentration in battle. Originally Posted by DarkKnight dude, be honest with yourself. 22011 wonder if they are going to fight. I truly can’t wait to see what is going to happen in the next episode!

And that tbundercats has the potential to be either really cool or horrible if they try to replicate it. The hoverboard sequence is impressive and it felt like a ride through the ravine. You know the big wait and then an episode that really was worth the wait of sixteen episodes.

Originally Posted by Wilyjo Not a bad guess I imagine we’ll find out as this season goes along I agree! Guess I’ll just have to wait for the dowload. Or, after this series has it’s run, pull a Clone Wars and just tell an old story animeflaovr real time, even tho you know what comes later. They are supposed to stick together. Claudus will dismiss Cheetara in an instant, if not beheaded her on episoed spot indeed. She was putting tygra before lion-o.

Originally Posted by Balgus I can’t wait to see where this show is headed story-wise. Nor am i a fan of the go go gadget arms there of Panthro. Although getting used to Addicus’s voice will take sometime. One can only stomach so much of that easy as it is to use to drive conflict. Ahhhh it’s a kids cartoon enjoy it Originally Posted by Animeflavvor agree.

Though I’m having a hard time seeing animeflafor turning this into a permanent residence. There is no way that was recent. His evil bat like wings extend as the cats have this look on their face.